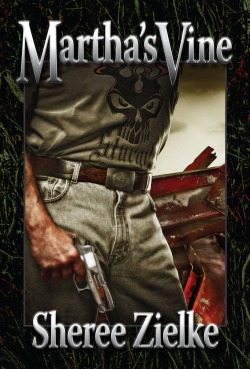 Martha is a modern, middle-aged woman trapped in a technological Apocalypse.

The power grid has gone down. The computers don’t work. Society has fallen apart.

This is a new and violent world with hungry people, people who once lived for their next fast food hamburger, who must learn another way or die.  It takes a courageous wild spirit to survive the challenges of this untamed society, where “kill or be killed” is the mantra of the day.

Martha leads her family group away from cities ravaged by bikers called The Crazies, motorcycle-riding, modern day pirates bent on taking what they want, by any means, and creating their vision of a new society.

She seeks safety at a survivalist compound, run by Matthew – the self-proclaimed Gatekeeper. As a matriarch, Martha must learn a new way of life under Matthew's rule as she copes with losing personal power in Matthew's male-dominated society.  Matthew and Martha are locked in a relationship that blends conflict and an uneasy friendship – and ultimately a passionate love affair.

Who are the people of this new world?

Meet the charming Meteor, a rogue biker, who allies with whom he pleases; Brad, the head of the compound’s Discipline Committee who hates Martha from the beginning; and young Anna, a rape victim who becomes one of Martha’s staunchest allies.

But ‘The Man,’ a charismatic biker, is building an army of Crazies. He sees the potential in the disparate bands of bikers, and he begins drawing them together.  They come, slowly, at first, but with increasing numbers, gathering in the Alberta heartland.

From there, The Man sets his Plan into motion with his first target being Matthew’s survivalist camp.

But Matthew has his own plans.  He is ready to fight back.

So is Martha.  But she is burdened by her own secret, one which could cost her life.